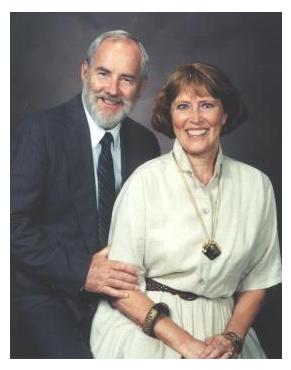 I grew up in an LDS family and was a sixth generation Mormon. My parents were always active, temple-going Mormons and the same was expected of me. I never had a problem of believing in the Mormon story and was very happy when called to go on a mission to Finland where I served faithfully for two and a half years. After my mission, I married my wife, Rauni in the Salt Lake LDS Temple and started serving in the ward and stake. Called to be an Elders Quorum President when I was still in my early 20’s, I held teaching and leadership positions from there on. I was in my 30’s when I was ordained a High Priest and called to serve on the Stake High Council. Being busy in the Church and its activities, doing a lot of temple work, in addition to my ward and stake positions, took all the free time I had. It was Rauni who started pointing out that there were problems with Mormon claims and that we should check them out.

I was a convert to the LDS Church in Finland where I, too, served a full-time mission before coming to the States. I started working as a translator for the Finnish language in the Church Offices almost immediately after arriving in Salt Lake City, working there almost fifteen years. This translation work gave me an opportunity to study Mormon history from many books not generally available to the membership of the Church. I started to wonder because I saw so many changes in the Church doctrines and contradictions between its’ scriptures and writings of the prophets and the high leadership of the Church. I was concerned because it was obvious that the Church was hiding a lot of important information from its’ membership. I had teaching positions both in the Sunday School and in the Relief Society, and also served on the Stake Relief Society Board. But when these problems in Church doctrine became too much for me to accept I suggested to Dennis that we check them out once and for all and compare Mormon doctrine to the doctrine of the Bible to see if they matched.

Our conclusions can be found in the article What the Truth Is About Mormonism – What You Have Not Been Told.